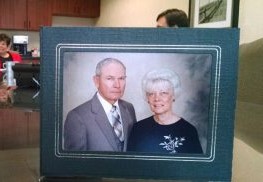 The Upper Peninsula Animal Welfare Shelter recently announced the construction schedule for its new facility and the progress of its Imagine the PAWSibilities Campaign for a new shelter.

While the organization will always be the Upper Peninsula Animal Welfare Shelter or UPAWS for short, the board of directors has announced the naming of the new building as the Philip and Ruth Spade Adoption Center, according to a UPAWS press release.

The Spades were residents of Gwinn most of their lives. Philip was a U.S. Air Force veteran who taught science at Gwinn Middle School for 26 years. Ruth was first an elementary school teacher, then a district reading specialist. At 26, she became principal at Gilbert Elementary School from 1967 until her retirement in 1993. They were both alumni of Northern Michigan University.

The Spades, married almost 56 years, were animal lovers and longtime supporters of UPAWS.

Ã¢â‚¬Å“It just felt right that we honor both Phil and Ruth this way, said Kori Tossava, UPAWS executive director in the press release. if you ask any of us, the dream of a new building has been around since the 90s.

The fact of the matter is, without the generous and humbling estate gift of the Spades (in 2016) we wouldn’t be here today, getting ready to put the shovel in the ground. This type of legacy gift has secured the future of UPAWS and the homeless animals in Marquette County.Â

“Ruth and Phil would have been very pleased to know that their generous gift has enabled UPAWS to grow and expand in a new facility”, Wills said. “They supported UPAWS in many ways over the years during their lifetime.”Â

The UPAWS Board of Directors has been working over the last few years to research animal shelters, conduct a feasibility study with community members, and raise funds to realize the ambitious vision for this new generation of animal welfare, the release said. The new shelter integrates community programming and direct animal care into its operation and creates new approaches for the collaboration of animal lovers in animal welfare.

The $3.7 million construction project will transform and reinvent the Upper Peninsula Animal Welfare Shelter 40 years after it was founded, the release said. Currently, UPAWS has raised $2.37 million. Groundbreaking is expected to begin this summer, where a formal ceremony celebrating the Spade’s gift and the naming of the adoption center will take place.

For more information on UPAWS, the Imagine the PAWSibilities Campaign for an Animal Community Center, or the phased construction timeline, visit www.upaws.org, call 906-475-6661, or email ktossava@upaws.org.