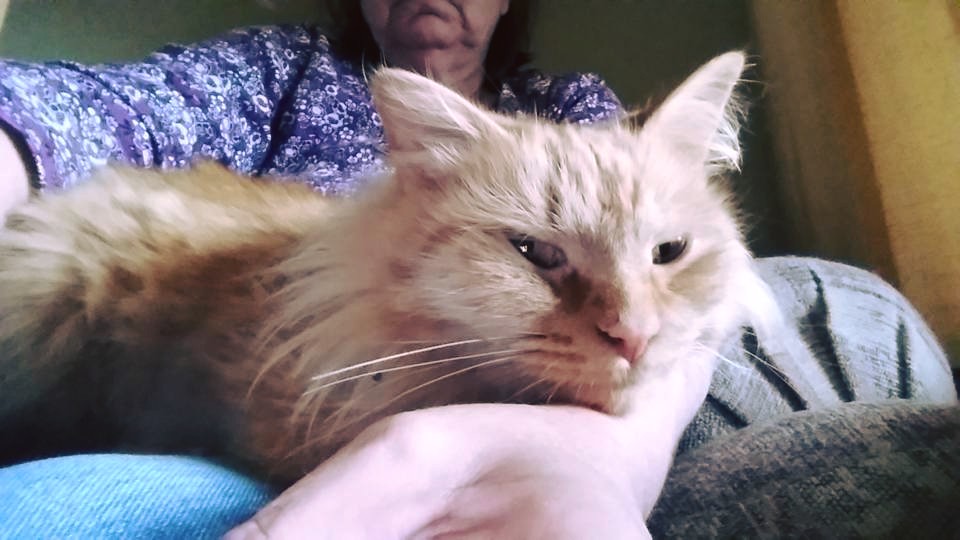 This is Finn. I met him last week at the shelter.
I was looking for a male cat. And was invited into the cage to meet Finn.
I was told that he was not social, or had not been. I reached up, and petted this little guys, and he flipped over, put his head into my hand and started to purr.
I was sold, I said,”he’s mine!”.
Home transition was a little hard. He had to met the other cats, and pups. He did not like being locked in the bathroom, so he just stayed in the bedroom. He is doing well. And gets along with everyone. He is the most loving cats that I have ever had. Love him to pieces.