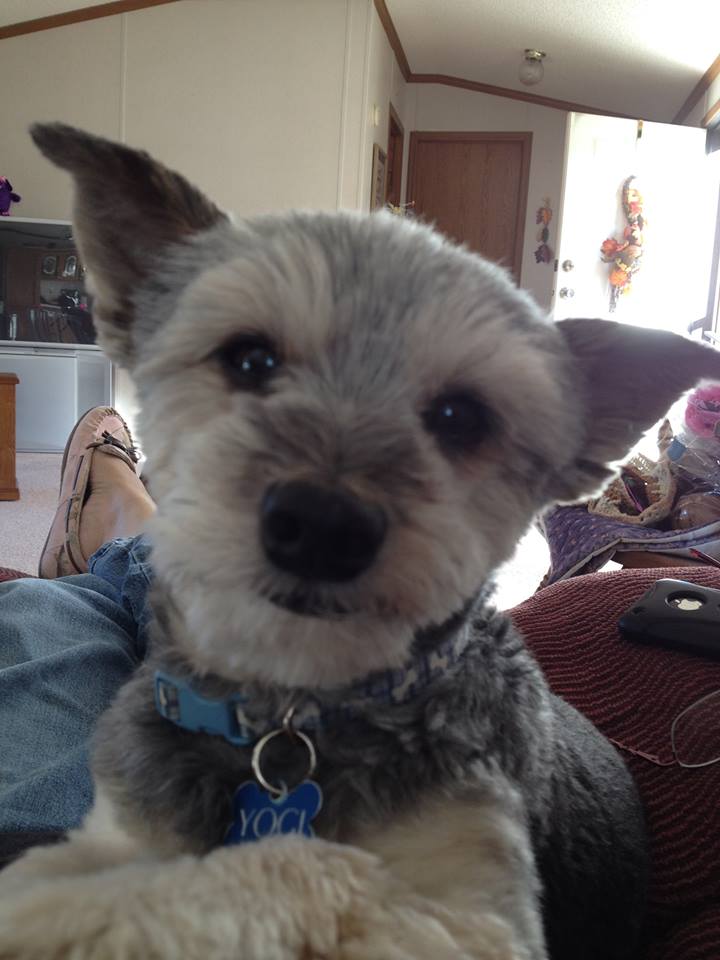 An update on our little Yogi Bear (formerly known as Teddy Bear) this is without a doubt the sweetest little dog that we have had the pleasure of owning. He has gained two pounds since being with us, and he gets groomed on a regular basis. Yogi enjoys playing with toys, chewing bones and he LOVES to go on car rides with us. He has come along way since we adopted him in January, and he only gets better. We use both Yogi and Reggie as “Ambassadors for Adoption”