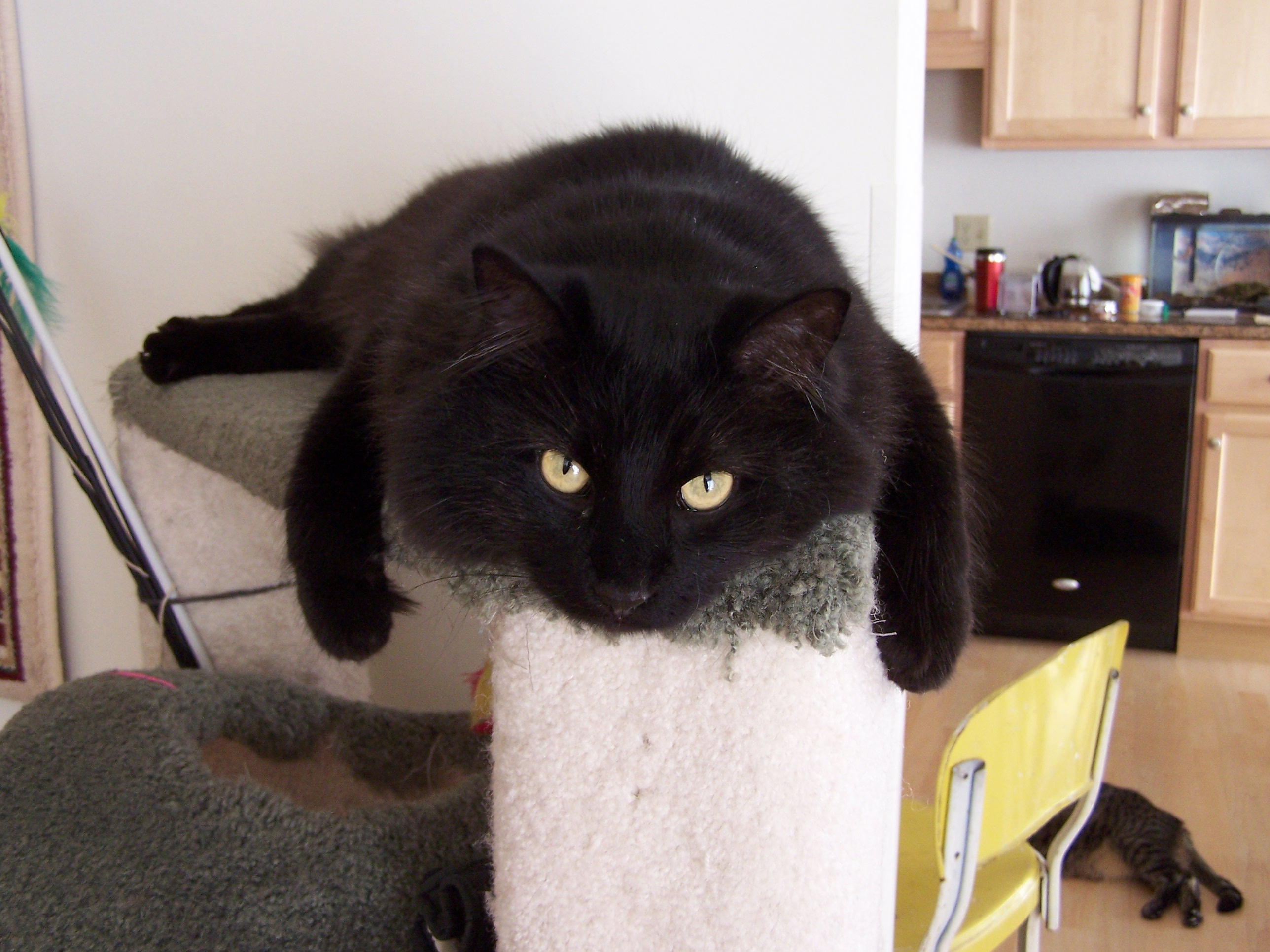 Monster Love – update – 7 years later
Tuketu was a 10 month old little monster when we adopted him in 2009 to be a brother to 2 year old Rex. Seven years later, he’s an 8 year old little monster, a whirring black fur-ball, an eight year old kitten, a feline Dennis the Menace with a body that can contort and flip-flop around like a Slinky. He annoys brother Rex to a fault, bounces off walls, tears up and down the stairs, claws all the furniture, does somersaults and flips on the cat tree, strums the cool air vent like a guitar in the middle of the night, finds hiding places that don’t exist and has the best stink-eye of any cat on the planet…..but he’s a cozy snuggler at night, a clown during the day and gets lots of forgiving licks from Rex. He makes us Laugh Out Loud, gets us mad as heck but despite his mischievous ways he’s still a fluffy, slippery little fur-ball with a teeny-weeny meow that we just want to pick up and hug hug hug! [which he hates but tolerates]. That’s our ‘Tukey-monster’ and we wouldn’t change a thing.