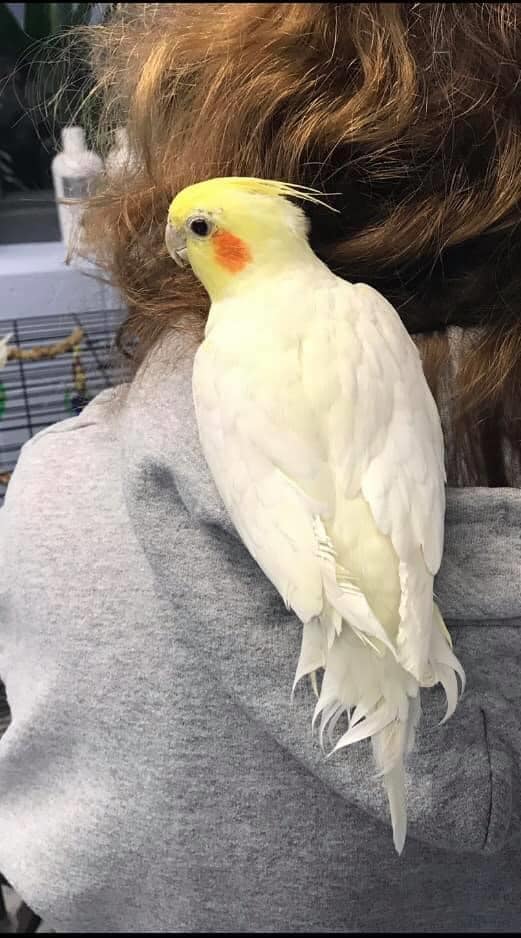 This is One-Eye Jack! The other two cockatiels that he had arrived to UPAWS with were picking on him and pulling out his feathers. They (UPAWS) let me foster him for a bit to see if he would get along with my tiels, and he did well enough that I adopted him! Here are some before and after pics; he’s doing so well and is enjoying his retirement after over a year of being with us ❤️ (he looks a little scruffy because he’s due for a bath, lol!) Thank you for allowing us to bring him home! 🥰