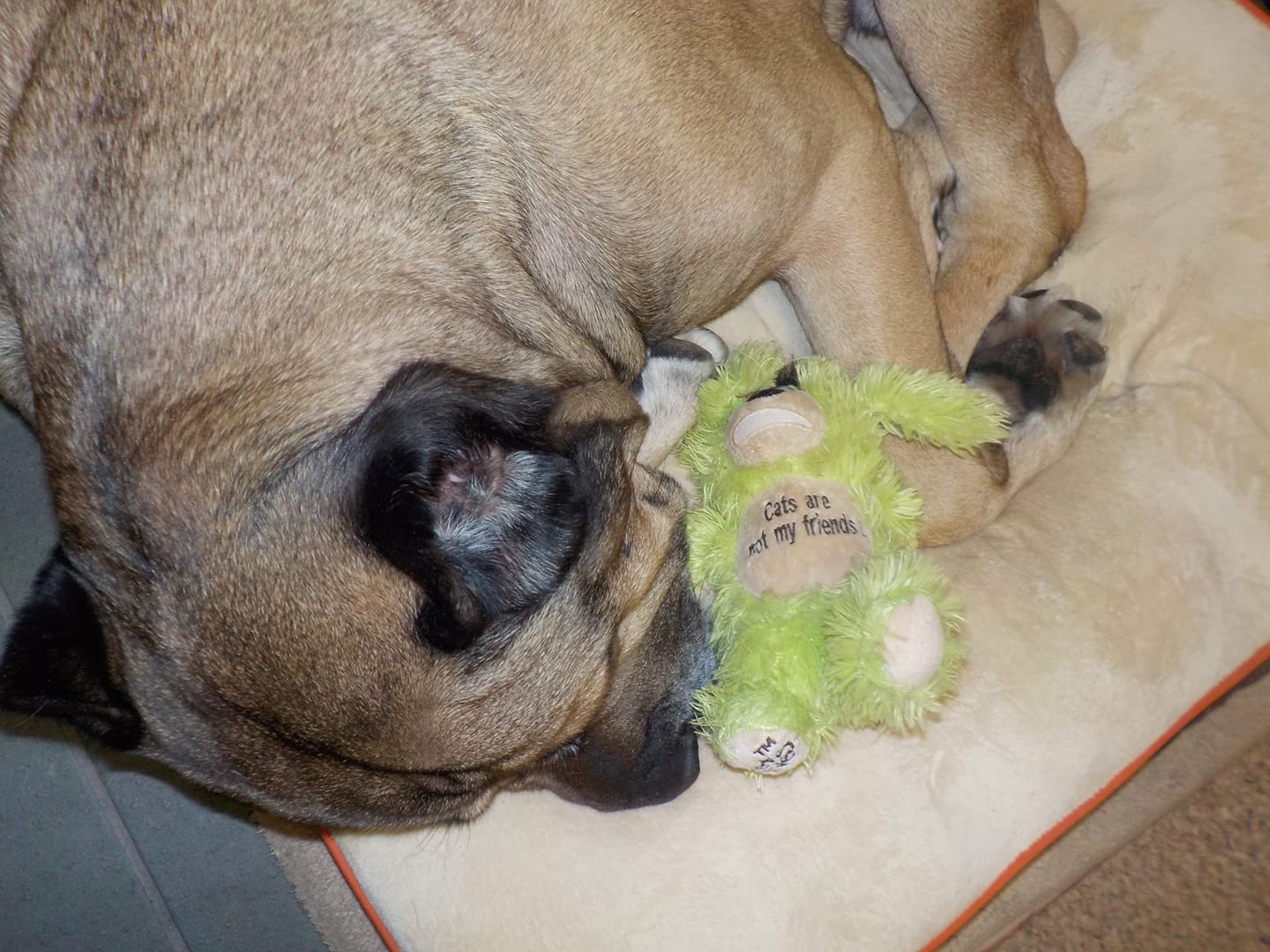 I was gone for about 2 hours yesterday and when I retrurned I find stuffing laying all over the living room floor and into the bedroom. I thought at first Leo had taken apart a chair or couch. It was just a stuffed toy he disembowled- he has been really good about being left in the house I am not sure what prompted it- we did have a calm conversation about it but he did not explain his actions. Today he has been carrying around another toy that my Weimaraner used to play with. We have played catch and fetch with it today and he has been carrying with him all day and whenever he takes a nap he sleeps with it. I hope this one he thinks of as a friend.

Hope everyone is getting settled in at the UPAWs.