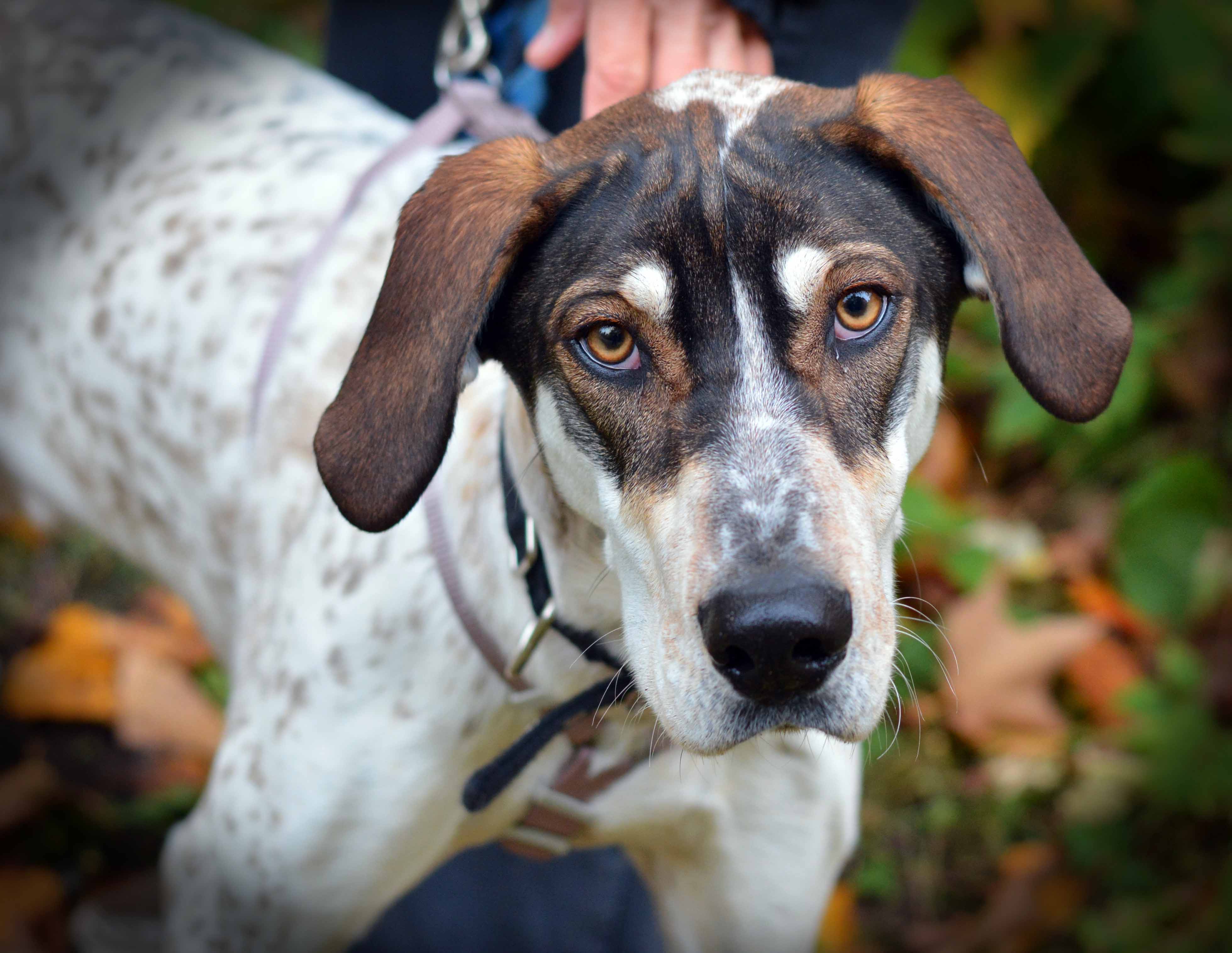 We adopted Leonard, a German Shorthair Pointer/Husky mix a few months ago. We had a few problems at first because he wasn’t entirely house trained, but he has been a wonderful addition to our family. Our son, who has a speech delay, has really connected with Leonard, and he is the most friendly, protective dog I’ve ever seen. If our toddler starts climbing the stairs, Leonard races to the step above her and lays sideways so she can’t get up past the second or third stair. If the kids are playing and he thinks someone is going to get hurt he literally steps in-between them to make sure they don’t get hurt, even if that means he is stepping in front of a ball they are playing catch with. He is great with our cat and lays on the floor with our youngest and her blanket until she falls asleep, then crawls away. In just a few months he has learned to sit, shake, lay down, crawl and is making great improvements on the leash, but none of that comes even close to the natural way he interacts with our children, seeming to know what each one is able to do and how gentle he needs to be with them. He is still skittish, especially when out walking, but he is getting better daily. Tonight I was out walking him and a stray dog came bounding at us. Instead of running and dragging me with him, he jumped in front of me and when he realized the dog was all bark, he sat down and waited patiently until the dog went on it’s way. I can’t say enough wonderful things about Leonard! I am so glad we adopted him!