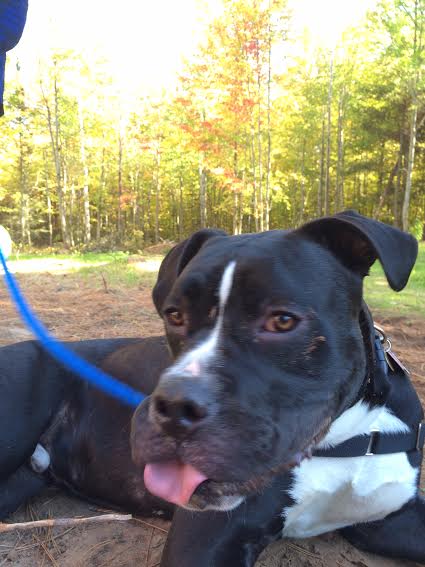 Hello, Chili, now known as Bubba is doing well in our home.  It took a few nights to get him settled but two weeks in and he already knows how to sit, lay down, and wait for his food until we tell him to get it.  Our next step is to teach him catch.  We just took our first walk by Lake Superior to see if he was okay in the water, he almost pulled Cody in so I think it’s safe to say he’s not scared of it.  We have had him on a few dog play dates and he’s friendly with other dogs.  Although as he is under a year he very much likes to wrestle with them so we only have him play under supervision with dogs that are his own size.
There have of course been some up and downs.  One day he decided to paint our bedroom wall and carpet with his feces.  He did not enjoy the bath in the drive way after that.  Other than that day though his behavior has been fine.  We took him to meet his new vet and his new groomer and he was wonderful with them.
If you want to know anything else let me know.
Murray and Cody