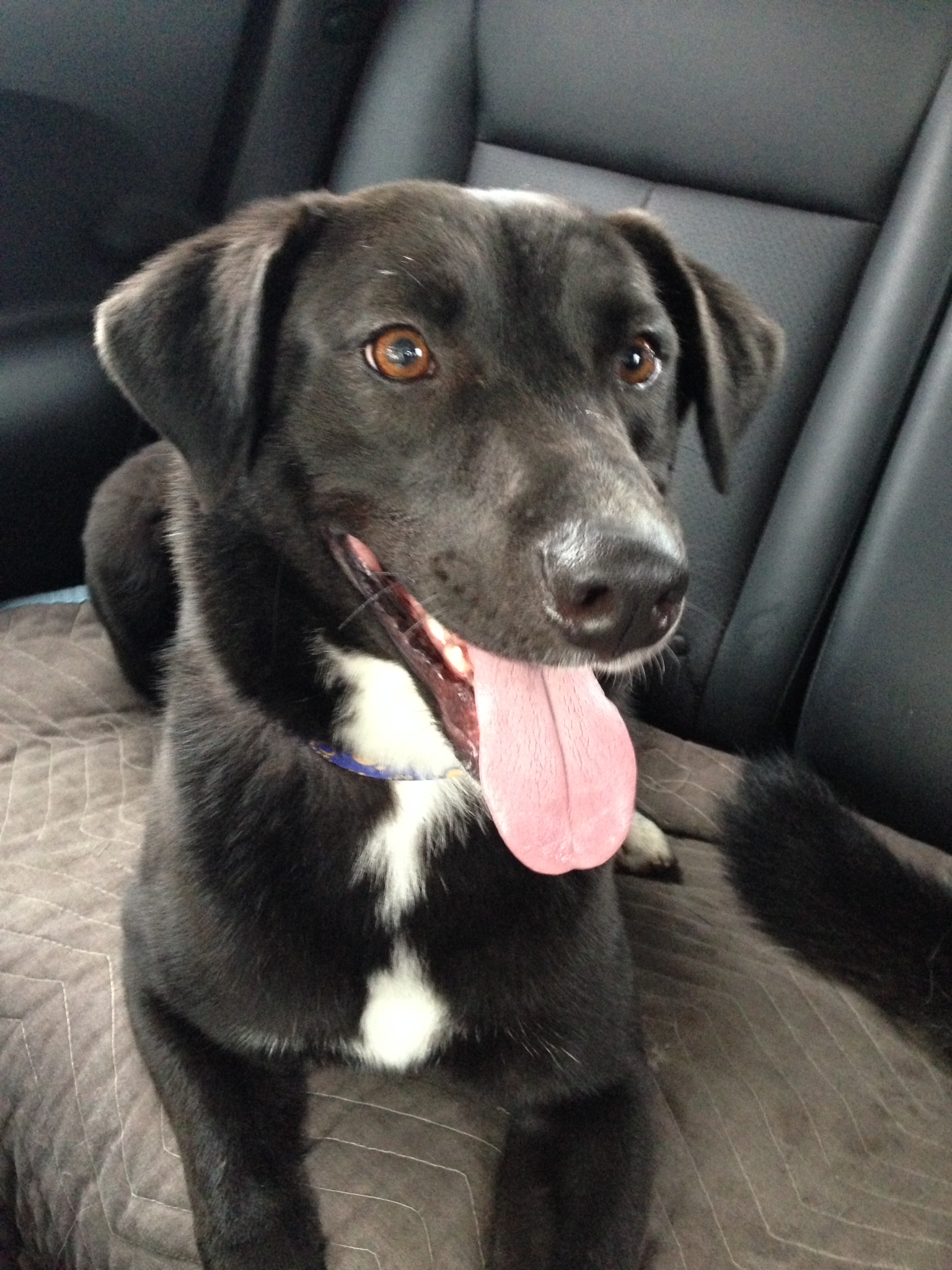 We didn’t realize that Brody was actually his given name as he didn’t seem responsive to it.   We tried different names out and when we said Duke, his ears perked, so he is now known as Duke.   We appreciate the call that UPAWS made to Cheyenne, Wyoming to obtain his medical records, which is how we found out he is 2 and not 4 and that he is an Australian Shepard Lab mix, this has helped us to understand some of his habits and high level of energy.
Duke is adjusting well and likes belly rubbed and we often find him in bed with us in the morning.    He also loves his walks with Winston and we are now allowing him to run in the yard off leash.
Our home has had a bit of an adjustment with the addition of Duke and the loss of my precious Calico Puddy whom I adopted in August of 1999 from the shelter.
We have discovered Duke likes to unmake the bed and chew on pillows and has separation anxiety, but we are being patient with him and he is learning to share and have patience.   He also loves to steal our seat in the Living Room if we get up.    He doesn’t have food aggression, so that’s a good thing and he knows down and off.    He is also learning his place with Winston.
We had Spa Day shortly after his adoption and the lady at The Paw Spa said he did very well after he figured it was ok.   She said his first reaction to the water was to sprawl out like a cat.   Picture below of the happy pampered pooch.
Mark & Brenda