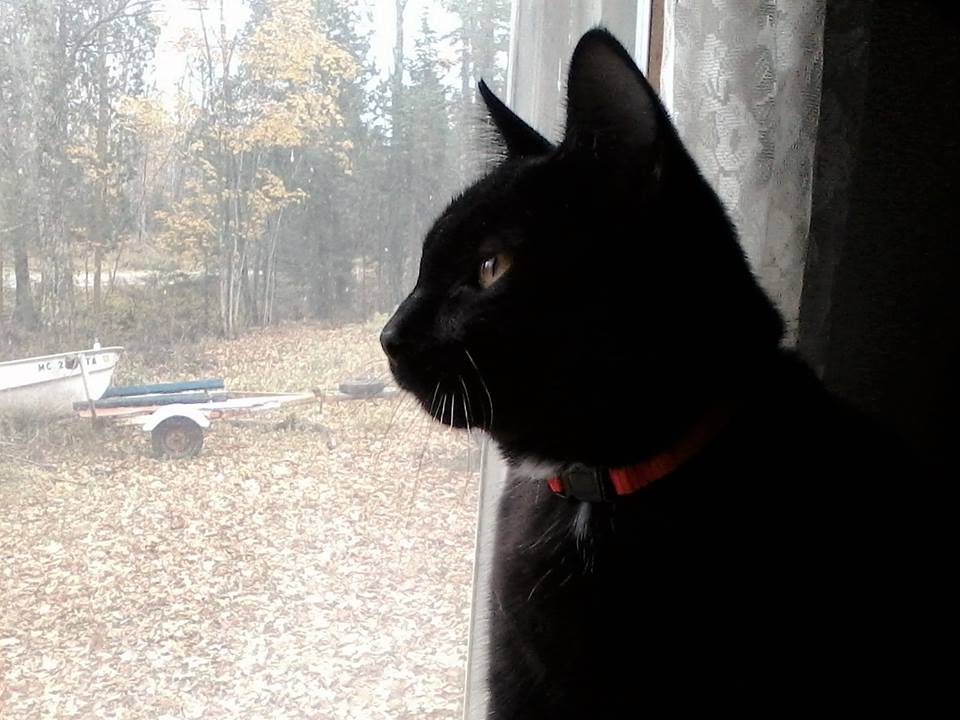 On October 1st my husband and I came and adopted a very scared, small black cat named benny. He didn’t like to be held or even touched To me he seemed more like a barn cat then a house cat. but I wanted a cat so bad after years without any around, and Benny and my husband seems to get along so we decided to give him a home.

One week later we picked him up after he got fixed. He took the run home so so, crying most of the way there. But once we got him home and let him out of the carrier he was ok. shy at first but warmed up to my husband right away. It has been only a couple of weeks and he is a different cat. He has taken over the house and has us trained for the most part to his liking. He still isn’t a cat that will let you hold him without him letting you know he isn’t happy about it.

Only cry’s loudly when held. But he will crawl up on your lap when he wants to. He never scratched us when we tried to put a harness on him he did cry loudly to let us know he wasn’t happy. I take him for daily walks around the yard in his harness on a long lease so he can spend time outside . At walk time he will let me put the harness on him without a fight and takes it off when he comes in. Still cry’s to let me know he doesn’t like it. He loves to be the center of attention and loves to be scratched under him chin. We have renamed him Eclipse and he is now home and we are thinking a little bother for him might not be a bad idea too.
Thank you